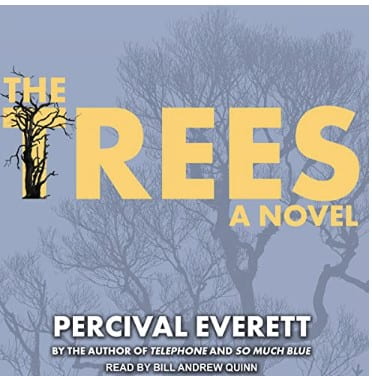 I wasn’t quite sure what to make of this book when it started and it took me a little while to make sense of it. At first I thought it was a detective story and to some extent it is in that this is the vehicle for a much bigger message.

A couple of deaths are reported in the town of Money in Mississippi – white men but also a black man found with them. The thing is that this black man then disappears onlyto reappear at the next murder. Sent in to find out what is happening are two black special investigators who are then joined by a special agent from the FBI who is also black. In parts the story is very funny – when one of the special investigators is asked why he joined the police he replied ‘so that whitey here is not the only one in the room with a gun’. At another point the local KKK burn a cross and then spend time complaining that they weren’t like they used to be and that they burn too quickly and there are no longer kids games and entertainment like there used to be. Funny when told in the story but deeply unsettling and dark humour.

Mama Z is 105 years old and has amassed records of every lynching since it happened to her father. An academic is invited down to look at the records and starts to write out every single name, ‘freeing’ them as he sees it from the dusty paperwork but only to release them into the world where they start to ‘rise’. There is a whole chapter where the names of all those lynched are read out – just to remind us we are talking about real life here. Fairly early on in the book an element of ‘magic’ is introduced when the black bodies are found repeatedly at scenes of crime. How did they get there? Why do they appear more dead than the white people? The crimes start to occur across the country and eventually it is revealed that the bodies are the descendants of the people who committed the lynchings. I presume here Everett is telling us that in some way we are all guilty even if it is only standing back and doing nothing – the sins of our fathers are visited on the children.

This is a mixed genre narrative: detective, fantasy and horror, well-handled and reminding us of the past and how it informs the present and future. The last part which involves Trump is very funny and makes clear the satirical nature of the book. It is fantastic.