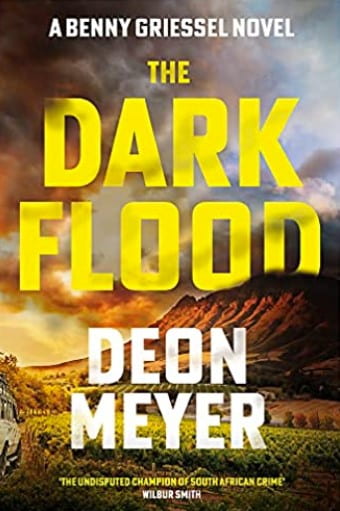 This was a good book, well-written and a story well-told with twists and turns in it plus an insight into South Africa as a place, in particular Stellenbosch, and how the police work along with all the corruption.

Griessel and Cupido are disciplined after taking matters into their own hands regarding a previous crime and it seems that each book builds on the previous one so read The Last Hunt to find out about it. They are due to be sent to an outpost where nothing much of interest to them happens but end up in Stellenbosch without really knowing why. It does become clear as time goes on when someone in the police is killed whilst they are watching and there is a missing student.

Meanwhile, Sandra, a real estator, is invited to sell a vineyard but the ownership of it mustn’t become clear. She is desparate for the money and so takes the commission but it ends up in a fatality. Although it appears it is owned by a company, it is really owned by Boonstra who is a moneyed criminal in the financial services and judiciary system’s spotlight. I understand that Boonstra is based on Marcus Joosta, a con merchant, who swindled people out of a lot of money.

In the end, one crime is solved and one isn’t although we know who committed it and you do feel like the good guys got away with it and perhaps the South African system is like that but it did make for a surprise. This is a book about corruption and greed both at a national and individual level and the effect it has on society. I wondered why Stellenbosch was chosen as the setting for this book but one of the reasons is that the ‘haves’ and ‘have nots’ live side by side exemplifying some of the elements of life in this country.