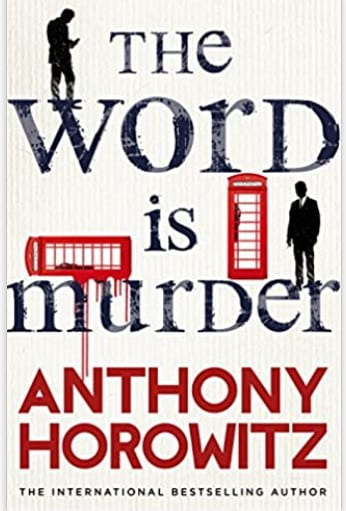 I read this book some years ago and borrowed it as an audio book because it was an author that I knew and most importantly on BorrowBox it was avaialable. I loved it just as much the second time around particularly for the device he uses of including himself in the story.

This is a first in the Daniel Hawkins series and sets the pair up perfectly and introduces us to the idea and reason about why Horowitz appears in the books. He is approached by an ex-policeman who he has worked on film with and it is suggested that he writes a series called ‘Hawkins Investigates’ about the investigator. Horowitz wants more and can’t bear to let other authors get hold of this so says yes and follows Hawkins around solving a murder that the Met police have farmed out to him as a ‘consultant’.

A woman buys a funeral plan and then is murdered later that day and whilst the police are happy to think it is suicide, Hawkins isn’t and neither is Horwitz eventually. They have a typical detective and sidekick relationship where they appear to not get on but really they do and of course one, Horowitz, always feels a little subservient so ends up solving the case on his own but putting himself in danger.

It was a really enjoyable listen – nothing too challenging, but fun. Almost like the film scripts he writes: Midsommer Murders and Foyle’s War.