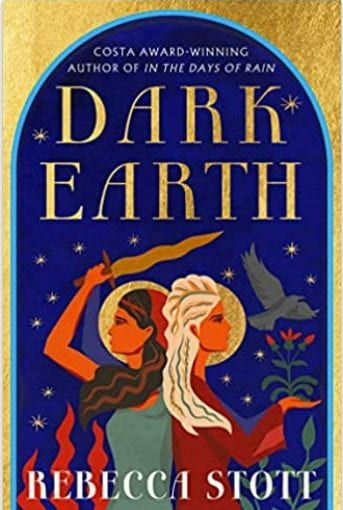 I loved this book and read it in 24 hours – it is a reasonably quick but wonderful read. Set in A.D. 500, this is the story of two sisters, Blue and Isla who live on an island in the Thames with their father a blacksmith or firesmith. Their mother was taken years before and the family were banished to the island by the leader of the area. When their father dies, they set off on a journey to ask for protection from their kinsmen but for a variety of reasons don’t get it and have to escape which they do into the Ghost City or Londinium after the Romans left.

The Britons no longer go into the city where there is a community of women and children livingand so Blue and Isla settle there temporarily. However, they bring danger to the community because they are wanted and eventually they have to fight back to save themselves.

The writing is wonderful and rolls along without any hitches or glitches taking you with it and never once slows down or drops you off, much like the River Thames they live along.

‘The river is a firetongued sword tonight,’ Blue says. She is making a necklace from the cowslips and the violets she’s picked, lost in that half-dreaming mood that takes her sometimes.

Isla looks. Blue is right. Between their island and the walls of the Ghost City on the far riverbank, the river runs between the mudflats in puckered silvers and golds, blues and reds, just like the swords that Father makes.

Isla and Blue are girls from a sheltered environment, swept out into the world and need to find their place in it which they do through a new kinship rather than through blood ties. Fantastic.