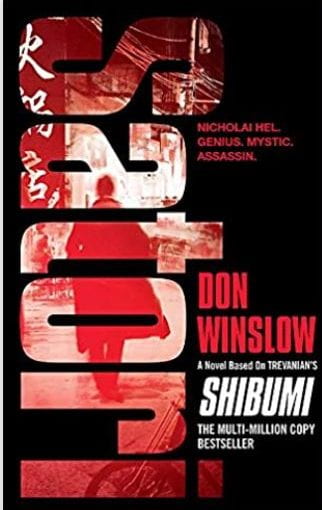 Satori is a prequel to the book Shibumi written by Trevanian and explains how Nicholai Hel becomes the assasin that he is. The book is set in three different locations:

Japan – here Hel is out of prison and working for the Americans with the task of killing a Russian. He stays in Japan to recover from facial surgery and to learn how to be a southern french man. He is coached by Solange, a beautiful french woman, whilst in the background another assassin, the Cobra, is at work.

China – this is where Hel goes undercover as Michel Guibert who sells weapons. There is a complicated relationship between the Russians and Chinese and it seems that everybody really knows who he is.

Vietnam – where he sells the weapons and sets up his own escape with a couple of individuals and groups acting as ‘friends’ to help him on his journey. He also comes across the Cobra again and is reunited with Solange, only for her to be killed as they escape the napalming/bombing that the Americans drop on them whilst they are in a tunnel.

Of course, Hel is entirely suitable to play a spy’s role being a master at the board game Go, speaking several languages fluently and also a master of a killer martial art.

How do you spend this life that has been restored to you?

You begin by killing Diamond, he decided, and then you go onto rid the world of as many Diamond’s as you can. The men who kill the innocent – who torture, intimidate brutalize and terrorize in the name of some ’cause’ that they believe in more than their own humanity.

And so, the book Shibumi is beautifully set up for it’s tale. Now to see if it is in the library.