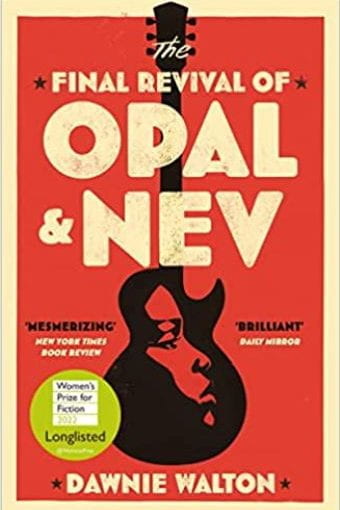 This is an incredible book for a debut novel. It is an oral history of the music duo Opal and Nev told through the many voices of those that surrounded the pair – managers, friends, siblings and other bands and their drummer Jimmy’s daughter, herself a journalist.

Nev, white and from Birmingham UK, and Opal, black and from Detroit, have their 5 minutes of fame and then cause a riot which leads to their drummer, Jimmy’s death.

Really this book concentrated on Opal and Jimmy’s daughter SarahLena or Sunny as she likes to be known, their relationship and how they find their voices and what it leads them to do.

The voices tell the story from many points of view, sometimes contradicting each other. There are always musicians and bands who do extreme things on stage. Did Ozzy Osborne really bite the head off a bat? Yes he did. The bat was thrown on stage and he thought it was rubber! Or how about Hendrix setting his guitar on fire while playing it? What Opal does with a confederate flag is right up there with these two crazies although she was slightly less drug-fueled. So, the book also raises the discussion about the confederate flag and how different people see it.

The oral history is a fantastic form for this story. Where there are gaps in the voices, the story is moved on by a more formal, reporting voice in a journalistic style to provide information and to move the story on. There are even footnotes that provide a historical context, much of which is true such as the fact that 360 contracts in the music industry are frowned upon or that Cicely Tyson played the lead in the film Hoodlum.

When I finished the book I wanted to go onto Spotify and listen to the music but of course I couldn’t. It’s fiction!

I loved the ending – it’s showing not telling!