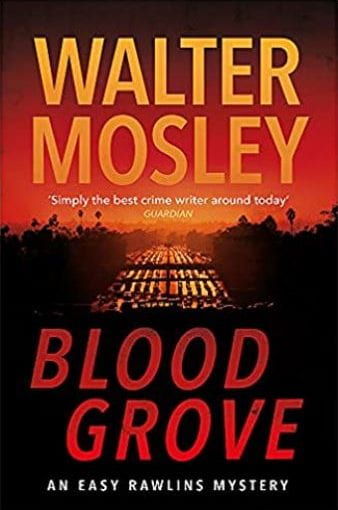 This is the 15th book in the Easy Rawlins series, set this time in the summer of ’69 when a young Vet creeps into Rawlins office with a tale about murder in an orange grove. This leads Rawlins on a twisty, twirly journey of death, the mob, private clubs and the world of Veterans at that time.

But what really stands out for me in Mosley’s books are his ability to describe what it was like at the time to be a black man in a world where there is institutional racism, violence and segregation. At the start of the story Rawlins drives round in a yellow Rolls Royce and is stopped twice by police because a black man should not be driving a car like that and if he is, he must have stolen it. He has all the papers he needs to prove it is his but this counts for nothing and all you need is one trigger happy policeman. The use of this car means that the story doesn’t get off to a rolling start until he changes the car for a ’58 Pontiac which is obviously considered a car more suitable for someone of his colour. Nothing changes!

Rawlins is not just a man with criminal friends who help out, he is also a man that likes to relax with his potted roses` and that loves his adopted daughter and son dearly. In fact, it is quite a feature of the book along with his willingness to establish a safe environment for his daughter.

I love this series and need to go back and fill in the gaps of the ones I haven’t read.