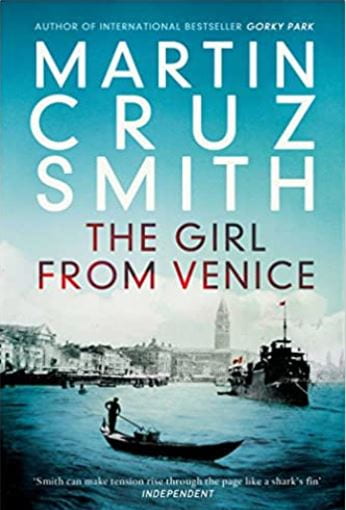 Set in the lagoons around Venice at the end of WWII, Cenzo a fisherman finds a woman in the water who he thinks is dead. It turns out she isn’t but is Jewish and escaping capture. Cenzo hides her and then sets off on a journey to get her to safety.

One of the things I like about this book is the level of detail – how to catch different types of fish, the traditional idea that when a brother dies, another one must take his place and marry his wife and the use of weather and islands around Venice. It is a very well-researched book. It also shows the uncertainty at the end of the war about who would take over Italy and run it.

The plot has many twists and who to trust is a significant question throughout it and all of this is used by Cenzo to sort out his relationship with his two brothers but in particular his elder who is a hero and film star but uses people for his own ends. The book shows how some people change sides at the end of war and how it is also not always clear whose side someone is on in the first place.