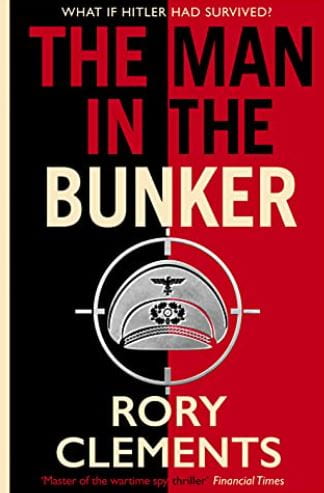 The Man in The Bunker is Clements 6th Tom Wilde book although it is the first of his that I have read. I picked it up because it was a new book in our library and I do love to read new books. It was released Jan 2022 so you don’t get much newer than that.

It is the end of the 2nd World War and there are rumours that Hitler didn’t kill himself in his bunker but escaped and is still living somewhere. The British and Americans turn to Tom Wilde to answer the question definitively after the first two spys that were sent to find him were killed.

Wilde does a lot of backwards and forwards visiting people who were in the bunker at the end and eventually finds someone who has something useful to say. This involves trips into the mountains in Bavaria, hair-raising drives where the locals try to kill him, along with other plot lines that I can only imagine are followed up in the next book as I couldn’t see their relevance to this one.

The writing is smooth and the book rolls along without needing too much thinking and I enjoyed it. If I see more of his in the library, I will get them out, new or not!