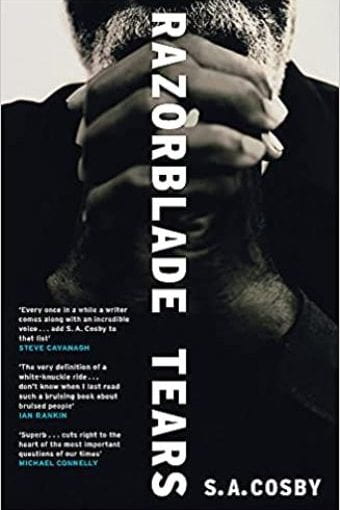 I read this book in a day – a couple of sittings – and I loved it. It is a story of revenge and redemption where two fathers come to understand themselves as men and fathers and those who are in the LGBTQ community which included their sons who were murdered

Folks like to talk about revenge like it’s a righteous thing but it’s just hate in a nicer suit.

The two fathers, Ike who was black and had been in prison but when he came out built his own business, and Buddy Lee a white man who had also been in prison and was now living without a job in a trailer. take up where the police have failed to find their sons’ killers. Both sons were gay and were married to each other and neither father handled the idea that their son was gay at all well.

As they go on their journey to find out who killed their sons they draw on the skills from their earlier lives to get answers but the journey reveals what it is like to be a black man in America and for both black and white men to be challenged about the way they think about gay men and a father’s love for their son.

They felt like the long-awaited answer to a mournful prayer for rain.

This is a bloody, violent and action-packed read and I loved it.