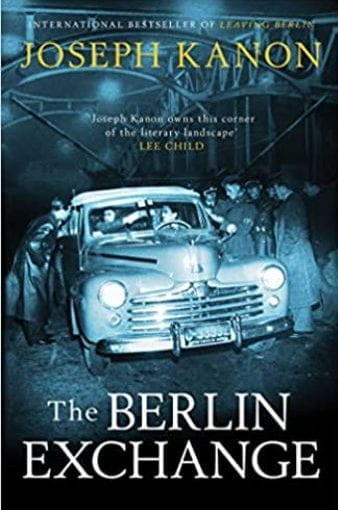 During the cold war, West Germany paid East Germany around DM 40,000 per prisoner to bring them back into the West. At the time, it was deemed a necessary practise and everybody benefitted. This story is based around a character who was caught spying, imprisoned in England and then was transferred back into East Germany much to every one’s surprise. But there was a reason: he had an ex- wife and child in the country and he wanted to be with them. His ex-wife had arranged it all because fortunately she was now married to Kurt who was the go-to for prisoner exchanges as sanctioned by the party but rarely talked about.

However, when he got back it wasn’t long before old handlers were in contact and Martin realised that he couldn’t go through it all again, the listening, the betraying and so started the long and complicated planning and journey out of East Germany, this time involving a daring plan. The additional tension is provided by the fact that his ex-wife is very ill and probably won’t live much longer. It is ultimately a story of love.

The tension in this book builds throughout, starting from the moment Martin crosses the bridge, and is very well written, particularly the people Martin meets and becomes involved with, conveying the era and how people thought, who was willing to say things out loud and the fact that you did most of your serious talking out walking where there were no walls with ears. The last book I read was rich in noun phrases and adverbials that really stood out and shouted ‘Loot at Me!’, in this book they are there but at a much quieter level and designed to show the grey, unrepaired nature of the city.

I wondered who was going to replace John le Carré for me as I have loved his books but in Kanon I have found the rightful successor. I have read a couple of his other books including A Good German which was made into a film and Leaving Berlin mostly because I used to live there just after the wall came down and I still like to read about it. Now I am going to dip into Kanon’s other books.