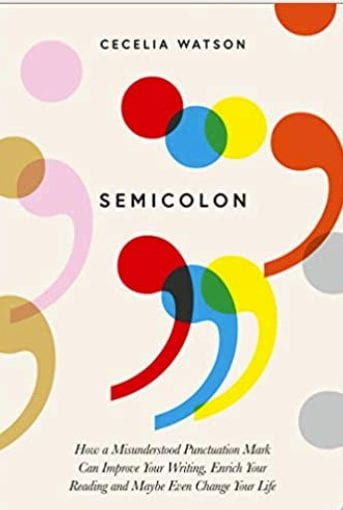 About fifteen years ago the English curriculum in England changed. I don’t think I have ever forgiven Michael Gove for this because the change meant looking back to the education he had rather than looking forward to what was needed. One of the elements that caused the most upset was the teaching of grammar linked to a test that schools would be judged by. We didn’t teach much grammar before and so it was a massive upheaval with a lot of work for teachers learning grammar for the first time., including me.

Now, don’t get me wrong. I think learning grammar is a good thing – I don’t have the time to list all the reasons here – but the test for 11 year olds completely skewed how it was taught. It became reductionist. Imagine teaching a 9-11 year old about colons and semicolons, the difference between the two and how to use them effectively in your writing; imagine trying to teach teachers this when they were successful readers and writers without using them; imagine the uproar in the teaching community when children lost marks in their test if they didn’t get the comma and point directly above each other. (Here I am copying Chandler’s use of the semicolon to emphaise a repeat structure and develop the rhythm of the sentence. Not an acceptable use in the Grammar rules for English teaching in primary schools.)

The importance lies in the semicolon’s ability to symbolise and trigger ideas and emotions that transcend the punctuation mark itself. The semicolon is a place wehre our anxieties and our aspirations about language, class and education are concentrated, so that in this small mark big ideas ae distilled down to a few winking drops of ink.

The book came about as a result of Watson and one of her tutors disagreeing over the use of a semicolon in her writing (I think the conclusion after many years was that they were both right!) which led her to look into the history of the punctuation mark and eventually writing this book.

It comes as no suprise that the semicolon was devised to create a pause, a pause longer than a comma but shorter than a full stop because back in the days, writing was read out to listeners and you needed to know when and how long to pause. By the mid 1800s it had become a mark to link main and subordinate clauses and in the late 1800s to separate clauses in a list where they were long enough to be sub-divided by commas. Good to know that this rule we are teaching in primary schools dates back to the late 1800s.

But of course authors use it how they want and Watson goes on to explore how some authors have done this, breaking the rules but having a great effect on the text. I love the fact that Moby Dick has approximately 210,000 words and 4000 semicolons which is about 1 for every 52 words. Some of the children I taught used to do this too.

There are many footnotes in the book. I love the idea that someone, Goold Brown, thought the exclamation mark should be called an ‘eroteme’ because it is the mark of passion. Not any more it isn’t! This punctuation mark is taught to 5 and 6 year olds and believe me, its use does not reflect passion.

So Watson argues for its use in a variety of ways and that we should be directed by good writing to help us understand how it can be used. Her argument against grammar pedants at the end of the book is one of the most persuasive I have seen written down. There are some wonderful examples in the book where Shakespeare’s writing has been ‘corrected’ according to someone’s rules and what it loses when this happens.

I can just point out that you have used a comma splice and I’m excused from confronting what you were saying, since you didn’t say it properly.

Does it truly matter if there’s a grammar error in the email from our intern, or on the sandwich board outside the deli that a new immigrant couple has opened, or in a world leader’s tweet? I care a lot more about whether the President’s tweets show the values of democracy versus hatred than I do about where he put a comma.

This is a quick, well written, easily read book about a tricky punctuation mark.