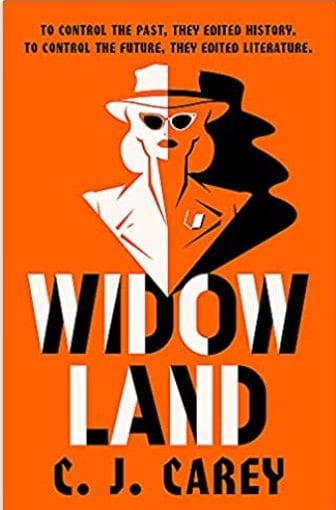 This was my second attempt at this book and was much better this time. It is what I call a ‘What if . . .’ book. Instead of going to war with Germany this book imagines what it could have been like to join an alliance with the Nazis and what might have happened thereafter. In this case, women categorised into castes, the country stripped of resources all of which are sent to the motherland (sounds a bit like Russia and Ukraine at the moment), history and literature rewritten and all overseen by the Protector and Protectorate.

It is Rose’s job to rewrite literature, a role described in the book as being like a spy slipping behind enemy lines, so that it doesn’t break the laws about what a good Nazi society values. Ultimately this book is part thriller and part hymn to the power of words and books.

. . . it was literature’s power that the party understood and feared.

Eventually, after reading all the classics to rewrite them, Rose starts to think for herself, whcih is dangerous in this world, and ends up joining a group who want to bring the protectorate down whilst Edward and Wallis Simpson are being coronated (is there such a verb?). Signs of rebellion have spread across the country in the form of graffitti on walls which are quotes from literature. No one organises this, it just spreads but Rose is sent into Widowland (where all the widows are sent to live on meagre rations, clothing and with few household goods) to try and identify who is leading the rebellion and to write a report for the Protectorate.

It is an interesting book to read at a time when books are being banned in America. It goes someway to answering the question about why people do this and the fact that you can’t really ban a book – especially nowadays. It is partly cancel culture – anything that I don’t agree with should be removed – and partly the fear of words and ideas and the power that they have.

I loved the idea of this book, where it was set and the ways in which books were shown to have the power which could not be removed. I wasn’t so keen on the slow bit in the middle and some of the writing which was more telling than showing. When I first read it, I thought it read like a not very well written romance novel and there are parts that still read like that. There are also other parts that I wondered whether we needed to have quite so many Nazis named – real people were used and it did become a bit of a who is who towards the end.