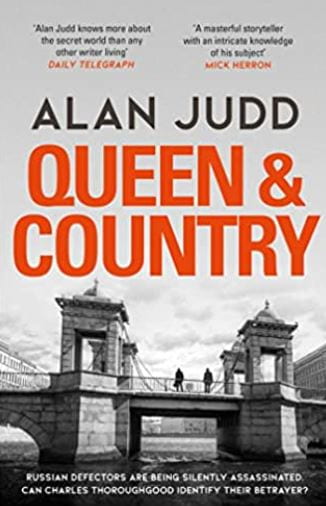 A spy story with many elements that will be recognised . However, this is the spy genre taken from the usual cold war period into the present day with unintended consequences.

MI6 has a chief officer on maternity leave and who has come in from outside the service with no prior experience, other heads of service work part time, staff are not allowed to bring their mobile phones into work apart from the top dogs who are allowed and posters offering support for LGBTQ are on the walls of the corridors. Nothing wrong with any of this just a comment on modern day work places and the start of a question about whether these working practices are suitable for a spy service. The implication is that it is a ‘woke’ place.

Russian defectors in the UK are being killed one by one by a window cleaner who disappears after each death only to pop up at the next defector’s house and who uses a new type of nerve agent that causes a heart attack but leaves very little evidence in the body. Very realistic so far!

So, the quest is to track down how and where the leak is coming from. The Deputy Chief Officer calls in his retired predecessor to help sort out the problem although the mission does not seem to be a service mission rather a personal one and all lines lead back to the DCO being the leak. Their are consequences for not allowing staff to bring their phones in to work and this is used against the organisation as well as the Deputy being a compassionate human and visiting all of the defectors with a Christmas present. This is the far-fetched part of the story. Why would you visit someone who has been given a new identity?

The outcome of all of this is that the old-time spies have to go in and sort it all out rather than those in service who by implication are ‘snowflakes’. It has been said that these Thoroughgood spy novels are the most realistic and Judd, in this book, is not a sympathetic author to modern day work practices in the secret services.

This is the 6th Thoroughgood book and I enjoyed it so much that I need to go back and read the others.