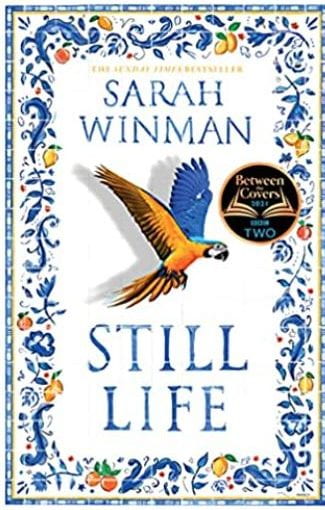 When I started this book I thought it was going to be just another book where an older woman meets a younger soldier in Italy and all that follows on from that but I was wrong! This book is about so much more including the meeting between Ulysses Temper and Evelyn Skinner which has consequences for the rest of their lives.

After the War, Temper returns to the East End of London, becomes divorced and ends up inheriting a house in Florence as a result of a kindness he showed the homeowner. His decision to move out to Italy starts off with two other people going with him but in time a whole group joins him, asking the reader to consider what family really means. Is it about legal contracts and DNA or is it about those you love however you may be connected?

In fact this is a book about love and art and beauty and their ability to transform people as well as a historical timeline of significant events in European and world wide events and how these shape people such as the flooding of Florence or man landing on the moon.

There are some more unusual items in the book such as trees that can commune with people and who provide company such as a cherry tree that provides the wisdom of centuries rather than decades and shows how short life really is but there is also a talking parrot. Now there are probably many parrots that can talk but this one always says the right thing at the right time which can include quotes from great literature. They are magical realism but also offer the beauty and love of nature and great writing.

This book is going to be my next book club choice so I need to come up with some questions about it. As a starter I am interested in how the title fits with the story, how the history in the book shapes people and about Winman’s writing. Perhaps something about how art has shaped us? Or history? How about The Stone Diaries?