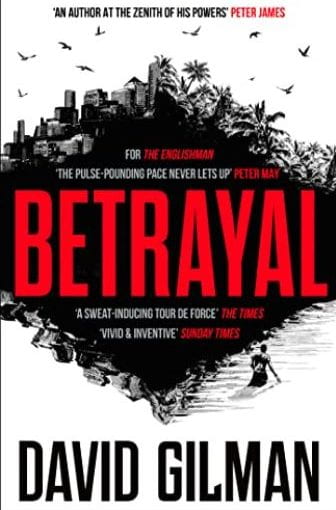 Betrayal is part of The Englishman series (only 2 books at the moment) and I haven’t read the first one but I thoroughly enjoyed this. It is a bit James Bondy with the protaganist as a man who can get himself out of any escapade and can still fight even when injured but it is pure escapism for me.

Raglan used to work for the French Foreign Legion and is part of a network of ex-soldiers who when called on, always answer to help a comrade. Someone goes missing and the story sets off on the trail of this person, eventually ending in taking down a large conspiracy to create a phony war set up by the intelligence agencies in America. There are links to a drug cartel, missing weapons and lots of dead bodies. Just what I like!