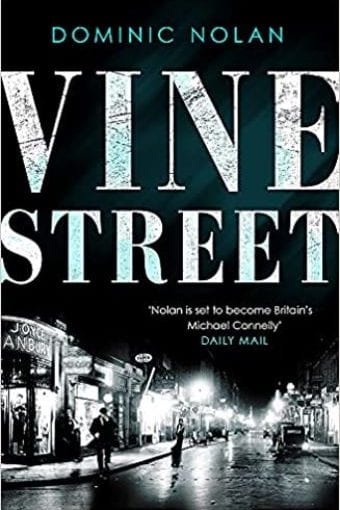 Gosh this book was good. Set in Soho in the 1930s and 1960s covering the attempts at catching a serial killer over decades, this book conjures up the times and atmosphere so well.

One of the story lines that runs through the book is about police corruption and incompetence along with a hefty dose of mysogeny and racism that includes not thinking that the death of prostitutes is worth investigating properly. And so there exists a long line from then to now. Back then it wasn’t all police who were like this, just as it isn’t now but it does make you wonder if there has ever been a time when policing in London was all that wonderful. And it is not, and never has been, a few bad apples. So, one of the real strengths of this book is that although it is a piece of historical drama it relates only too well to the present times.

The main protaganist is Geats a copper who follows that trope of being at home with the criminals. He lives amongst them and comes from them and knows Soho inside out. His partner, Mark Casser or Money Mark as he is nick-named, likes clothes and through the book discovers who he is, particulrly in the clubs dancing.

Binding these two together is WPC Billie Massey or Bill as she is known who is equally at home in Soho. Her story is woven in and out of the book but is more prominent in some parts than others.

I do think the names in the book are great. There is Geats who sounds like a warrior from Beowulf. And just as in the tribe of the Geats they were subsumed into the Swedish nation, the name is still used when heroism is to be stressed. This makes it an appropriate name for the brains and brawn behind solving the murder cases. There is also Inspector Proudfoot

whose waistline had far exceeded his sense of civic duty many years ago.

The story is also about love. Love for a girl who needs rescuing and looking after and love for a wife who is loyal and has loved Geats as long as she has known him. This is a brutal and complex story and although it is long, I never once wished that it would hurry up and end. I am not surprised this book is one of the Sunday Times best crime book picks.