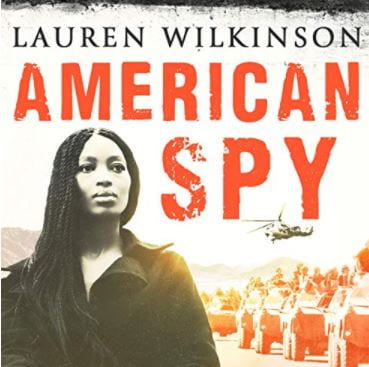 This was a fantastic book – I love literary spy novels and this was one. What it really is though, is an exploration of identity through a spy story. What it means to be black and American both at home and on the wider world stage.

Marie joins the FBI, more I think to be closer to her sister Helene who has died rather than as something she really wanted to be, but was kept managing lowly tasks due to the fact that she was a woman and black and both were a rarity in the FBI in the 70s.

She takes a job in Burkina Faso only to fall in love with the person that she is supposed to kill and to discover that she isn’t working for the FBI but people who are leaving and working privately. But Burkina Faso allows her to reflect on herself and her life and to realise things that she hadn’t before.

And there we have it. Not everything that America does abroad is ‘good’ and not all Americans work in its best interest.

I’ve been a spy in this (America) country for as long as I can remember.

The book is structured around real events in Burkina Faso and the charismatic leader Thomas Sankaro and takes the form of a letter from Marie to her twin boys in case she does not survive the things she needs to do. The book is left primed for the sequel where Marie takes on the intelligence company SSI and the people who run it because they are a threat to herself and her children.

You don’t read many spy books where the spy is a mother but there is also Part of the Family by Charlotte Philby which is also good.