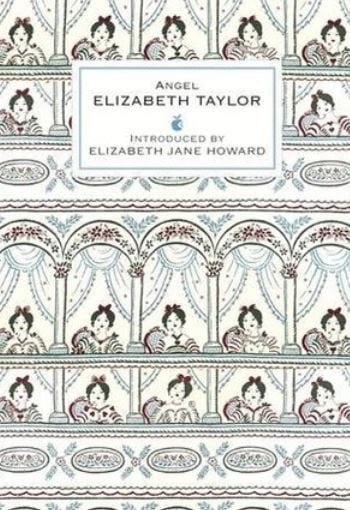 “So long as you write what you wish to write, that is all that matters; and whether it matters for ages or only for hours, nobody can say. But to sacrifice a hair of the head of your vision, a shade of its colour, in deference to some Headmaster with a silver pot in his hand or to some professor with a measuring-rod up his sleeve, is the most abject treachery, and the sacrifice of wealth and chastity which used to be said to be the greatest of human disasters, a mere flea-bite in comparison.”

― Virginia Woolf, A Room of One’s Own

Fifteen year old Angel Deverell, the Angel in the title, decides to become an author and writes a book. She is the sort of writer that doesn’t really read, you don’t find many of those, and she has limited life experiences to draw upon but she shuts her self up in her bedroom with an old exercise book and starts. In order to get to this point she has stopped going to school and realised that that the life her mother and aunt want for her is not what she wants. This is a young woman who does not take advice from anyone and refuses to make changes suggested by her publisher – how often does that happen?

The book becomes a best-seller enabling Angel and her mother to move away from the grocers that her mother ran into a large house with servants. Here there was nothing for her mother to do and slowly she became imprisoned by her loneliness and boredom and dies.

Angel meets the niece and nephew of a local Duke – Nora the niece becomes her assistant or probably companion in those days, and Esme the nephew, Angel believes, is in love with her and she with him. Over the course of decades Angel marries Esme and then aided and abetted by him and a house too big to manage, slowly slips into poverty all the while convincing herself that she isn’t and that she is still a popular writer.

But the backdrop to all of this is that this book is about being a writer. About living in your head, striving through long, lonely hours to get ideas onto paper and then emerging like a butterfly, blinking in the light. It is about reviewers or critics and the public and whether it matters if it is only the public that like your writing. It is about having so much faith in yourself that you can’t see clearly but if you don’t who else will?

I suspect this book is about Elizabeth Taylor’s fears about being a writer, about becoming so imprisoned in your own ideas that it excludes everything else. I always think about sports players a bit like this. Take Jonny Wilkinson the rugby player. It is said that all he did was practise to the exclusion of everything else. To get to the top you have to be single-minded and put the time in.

Or, is this book a rebuttal of what Woolf writes about in A Room of One’s Own.

…it is much more important to be oneself than anything else.

I am not sure that is what Taylor thinks. Angel becomes a bit of a monster at times although Taylor controls her well so that actually, whilst there were times that I hated her, in general I was on her side and found her to be laugh out loud funny in places.

Therefore I would ask you to write all kinds of books, hesitating at no subject however trivial or however vast.

This is what Angel does, frequently going off on rants and digressions. The public were not that interested in her lectures on vegetarianism and when she writes under a pseudonym, a reviewer writes about her out-deverelling Angel Deverell.

Maybe Hilary Mantel is write when she wrote in The Daily Telegraph;

There is a bit of Angel in every writer, I fear.

There is much to discuss in this book and so it would make an excellent book club choice. In fact there are no discussion points online about this book which I find hard to believe.