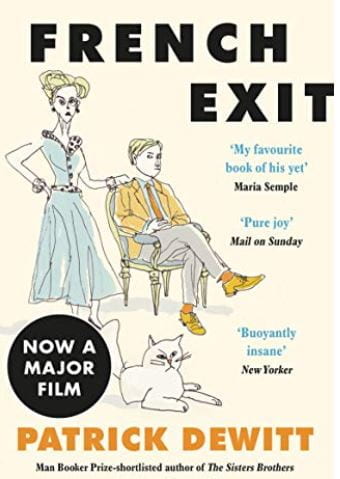 This was a fun little amuse bouche of a book about a mother and her son, not deep and multi-layered in meaning but with quite a few laugh-out-loud moments. Frances, a beautiful woman used to getting her own way, makes an awful mother, sending her son, Malcolm away to school so that she can carry on her life. Even the name of her son provides an inkling to the sort of person he is and she is overbearing and refuses to allow her son and girlfriend to live their own life.

Frances’ husband dies and she goes off skiing before alerting anyone about the death and has an aim in life to spend her money before she dies. She almost does this but still has some money left so moves to Paris with Malcolm to get rid of the rest by giving it away, flushing it down the loo, over-paying and tipping and going on shopping trips. There is no evidence of her dying but she does in the end by her own hand.

As the snowball of Frances and Malcolm roll down the hill of life getting faster and faster, they attract a wacky group of people and party like there is no tomorrow.

I am not really sure what this book says about mothers and sons – that a mother will only give up her son when she dies? That seems a bit sad. I am also not really sure what the book is saying about money either – you can’t take it with you? In fact I am not sure what this book is saying altogether but it was fun. Apparently there is a film of the book and French Exit is slang for leaving without saying goodbye. That knowledge might have made my reading of the book make a bit more sense!