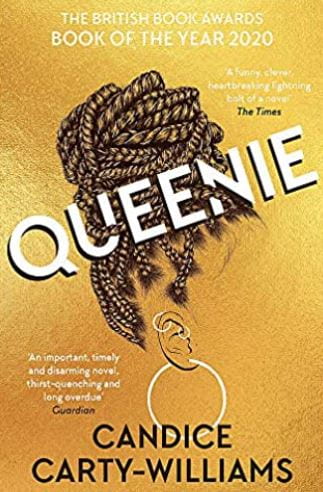 I had a couple of quick reads this week, both library books – The Second Worst Restaurant in France by Alexander McCall Smith and Queenie by Candice Carty-Williams. I think I might have reached the end with McCall Smith books but enjoyed Queenie although I did feel a little like I was a bit too old! Anyway, it has a serious undertone but is wittily done and was a British Book of the Year in 2020.

Queenie and her boyfriend agree on a trial separation (Yup, one of those!) which sends Queenie on a dive into missing him and compensating with unsuitable/abusive boyfriends. There is the family trauma which reveals itself through Queenie shouting and hitting out at night when asleep but also three close friends who rally round and support her. The story is told through prose and texts and has a happy ending.

I had to read it quickly because it is due back at the library tomorrow. Someone else has reserved it and so I can’t keep it any longer.